Since the 1950, the importance of the Char Dham as both an actual destination and an object of the national Hindu religious imagination has grown considerably. Buoyed by “religious tourism” and by the rise of a conservative Hindu population compelled by sites that speak to the existence of an all-India Hindu culture, the Char Dham has become an important destination for pilgrims from throughout South Asia and the diaspora, particularly Bengalis, Marwaris, Odias, Marathis, Gujaratis, Delhites and people from Uttar Pradesh, and Uttarakhand. Today, the circuit receives hundreds of thousands of visitors in an average pilgrimage season, which lasts from approximately April 15 until Diwali (sometime in November). The season is heaviest in the two-month period before the monsoon, which normally comes in late July. After the rains begin, travel to the sites becomes extremely dangerous. Even before the rains begin, safety is a major concern, as extensive road building and heavy traffic have critically destabilized the rocks, making fatal landslides and bus/jeep accidents a regular occurrence. Mortality rates for a season often surpass 200. Some pilgrims also visit the sites after the rains ends and before the sites become impassable due to snow. Although temperatures at the shrines in the early winter months of October and November are inhospitable, it is said that the mountain scenery surrounding the sites is most vivid after the rains have had a chance to moisten the dust of the plains below.

1. Yamunotri temple is the source of Maa Yamuna River and the main goddess Yamuna.

2. Gangotri temple is source of Maa Ganga and Main temple is goddess Ganga.

3. Kedarnath temple is Shiva temple and one of the twelve Jyotirling.

4. Badrinath temple is Vishnu temple and one of the one Dham in india.

Morning after breakfast, drive to Badrinath (06:00 Am). Check in to the hotel arrival in Badrinath. Pilgrims after having a bath in the Taptkund have the Darshan of Badrivishal & Aarti in evening. Brahamakapal is significant for Pinddan Shraddh of ancestors (Pitrus). There are other interesting sightseeing spot like Mana, Vyas Gufa, Maatamoorti, Charanpaduka, Bhimkund and the “Mukh” of the Saraswati River. Just within the three kms of Badrinathjee. Overnight stay at Badrinath.

Badrinath one of the ‘Ancient Four Dhams’ is one of the most celebrated pilgrimage spots of the country and is situated at an elevation of 3,133 meters, guarded on either side by the two mountain ranges known as Nar & Narayan with the towering Neelkanth Peak providing a splendid backdrop. This revered spot was once carpeted with wild berries. Thus the place got the name “Badri van”, meaning “forest of berries”.

Tapt Kund: Natural thermal springs on the bank of the river Alaknanda, where it is customary to bath before entering the Badrinath temple.

Mana Village: Inhabited by an Indo-Mongolian tribe, it is the last Indian village before Tibet.

Vasundhara: As the name suggests, vasundhara is a magnificent water fall. This place is 5 kms. from Badrinath out of which 2 kms. is motorable upto Mana.

Bhim Pul: On the other side of Mana village, a massive rock forming a natural bridge, lies over the roaring Saraswati river. It presents a spectacular view of water thundering down through the narrow passage under the rock and is believed to have been placed there by Bhim, the second eldest among the five Pandava brothers.

Vyas Gufa (cave): Near Mana Village, this is a rock-cave where Ved Vyas is believed to have composed the Mahabharata and the pauranic commentaries.

Badrinath Weather: The average maximum temperature will be around 18° Celsius and the average minimum is 8° Celsius. Warm and woolen clothes are hence required for a stay in Badrinath throughout the year. Winter in Badrinath is often accompanied by snow falls. Winter is very chilly with an average temperature of 5° Celsius. Due to the extreme climatic conditions, this time is usually closed for tourists.

Joshimath is situated on the slopes above the confluence of the rivers Alaknanda and Dhauliganga. Of the four ‘Maths’ established by Adi Shankaracharya, Joshimath is the winter seat of Badrinath. The idol is brought down to Joshimath and installed in the temple for people to worship. There are many other temples in the township. The most important is the temple of Nir Singh with the idol of Lord Vishnu. The left arm of this deity is getting destroyed with time and the popular belief holds that the day the arm completely withers Badrinath valley will cease to exist and the Gods will transfer the residence into the neighboring Niti Valley at Bhavishya Badri.

Rudraprayag is one of the Panch Prayag (five confluences) of Alaknanda River. It is confluence of rivers Alaknanda and Mandakini. Kedarnath, a Hindu holy town is located 86 km from Rudraprayag.

Rudraprayag Weather– Generally hot in summer, the temperature ranges from 35-40 degree Celsius, Winter: The Days are pleasantly cool but the nights are cold, temp ranges from 20 deg to 05 deg.

Morning after breakfast, drive for Haridwar via Rishikesh. Rishikesh ‘place of sages’ is a celebrated spiritual town on the bank of Ganga and is surrounded by Shivalik range of the Himalayas on three sides. It is said that when Raibhya Rishi did hard penances, God appeared by the name of ” Hrishikesh ” and this area hence firth came to be known as Rishikesh. Check in Hotel. Later visit Rishikesh Temples & Sight Seeing – Laxman Jhulla, Ram Jhulla. Overnight stay at Haridwar.

Rishikesh: Named after the Lord Vishnu, Rishikesh is a holy city for Hindus. Located in the foothills of the Himalaya in northern India it is also known as the yoga center of the world and is home to many world renowned ashrams. Rishikesh styles itself as the ‘Yoga Capital of the World’, with masses of ashrams and all kinds of yoga and meditation classes. The fast-flowing Ganges is surrounded by forested hills inside the city. Apart from temples and ashrams Rishikesh is now a popular white-water rafting centre, backpacker hang-out, and gateway to treks in the Himalaya.

Please read emails carefully and understand the contents and prices. All the email conversations will be also part of your contract with us once you make the booking.

There is no deluxe facilities in Kedarnath ji due to high altitude. There only serve you bed system.

AC will not work in all hill areas or stopped / parked vehicle. Hill areas will start from Dehradun onwards as well from Rishikesh onwards and ac will not work beyond those points.

Vehicle will be permitted to use for sightseeing points on the route and inside the city limits or which is mentioned in itinerary. For additional sightseeing, off route sightseeing, sightseeing not inside the city limits or substitute sightseeing kindly contact company. Refund is not possible if any particular sightseeing point is not covered. In case you want some excursions kindly inform company in advance or discuss these things with company rather than driver. All nearby sightseeing points should be covered together. However in case of sometime issues with some particular place we can adjust. In Chardham route some of the places are not on the way like Trijuginarayan, Lakhamandal, Auli, Kalimath, Neelkanth Mahadev, Adi Badri, Bhavishya Badri etc. Kindly contact directly to company in case you want to include these places rather than driver.

About Helicopter in Kedarnath:

The same day return passengers will get only 2 hrs for darshan at Kedarnath Ji Dham.

Talk to our Holiday Expert 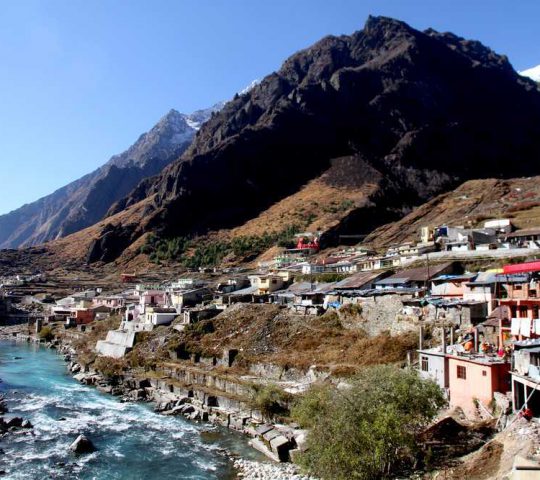 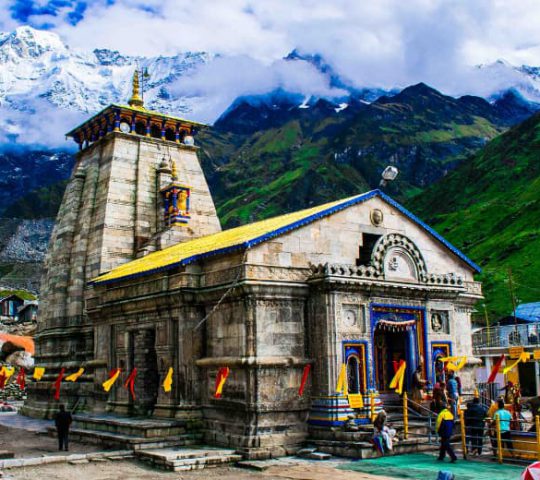 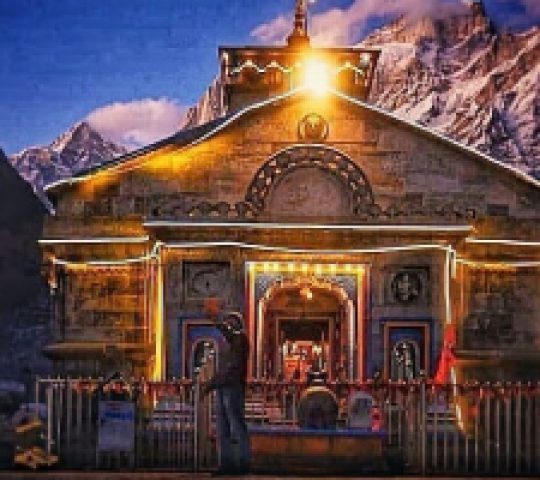 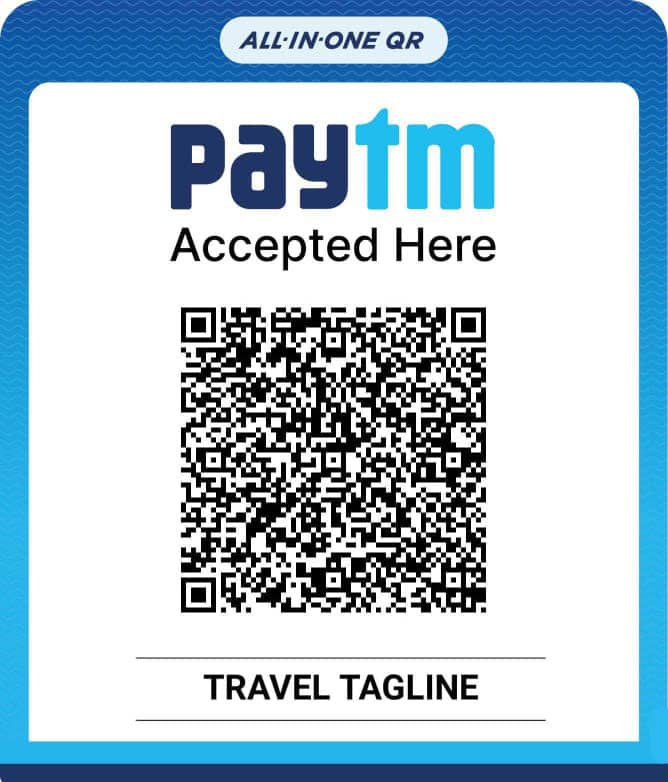 Talk to our Holiday Expert